Vibro Liposuction Pittsburgh gets its name from the 3-D movement known as nutation, created by the tip of cannula (a tube that is commonly used for delivery or removal of body fluids). This specific type of vibrating movement will aspirate the fat while it’s emulsified. The emulsification of these fatty cells will make it possible for them to be gently aspirated.

This low frequency technique creates a natural anesthesia by disrupting the signal nerves send to the brain to stimulate pain. Instead, patients feel a tickling sensation, hence the nickname “Tickle Liposuction.” There is no need for general anesthesia; instead, this procedure can be performed under local with mild sedation, which also lowers overall risks linked to general anesthesia.

For Liposuction Pittsburgh – get started on a path to a better you, schedule a free consultation at: 724-683-7581.

If you aren’t entirely happy with the appearance of your shape or contours, or have unwanted and unsightly abdominal scars due to a prior procedure, Liposuction Pittsburgh center has several proven surgical procedures that exist today that can help. The only way to know for sure is to schedule a consultation. These are always complementary and there’s never any risk or obligation. Call us today at (724) 683-7581 to schedule yours.

How much pain is associated with Liposuction Pittsburgh?

There is generally always going to be some amount of pain associated with most surgical procedures like liposuction. However, most patients say the pain is mild-moderate and only lasts a few days.

This particular form of liposuction is very safe. Not only is it FDA approved, but it doesn’t use any heat like most conventional forms of liposuction. That means there is no risk of burning nearby organs and non­fatty cells. The Cannula will actually shut off if (specifically) fat is not being aspirated. In addition, since the infrasound disrupts the pain stimuli so only local or IV sedation which lowers the risk associated with general anesthesia.

How effective is Liposuction Pittsburgh?

The stubborn areas of fat that won’t go away with diet and exercise can disappear instantly. This type of liposuction is all around faster than other forms of liposuction. Since the cannula moves in the infrasonic motion, it is able to destroy more fat more effectively. It also can remove fat more precisely by shutting off when non­fatty cells are contracted. It also creates a smoother contouring because the cannula uses no heat. When heat is used to break down fat cells it may leave an uneven appearance because these other methods are not as precise as the nutational movement used to break down fatty cells.

Am I a good candidate for liposuction Pittsburgh?

Liposuction is for men and women who live a healthy lifestyle such as exercising and eating well that have a few extra pounds clinging to their body. This procedure will not work well with people who have a lot of extra weight to loose due to too much excess skin. Usually the people who eat well and exercise recover faster and better after surgery.

What can I expect from the procedure?

The procedure takes around 3 hours and is minimally invasive. This time includes taking measurements and outlining the area of treatment. Then a small 3mm incision will be made and a solution known as tumescent fluid will be injected using the tip of the cannula. This will numb the outlined area so the cannula can be turned on with minimal pain.

What can I expect from the road to recovery?

Overall pain for Liposuction Pittsburgh is very minimal and your doctor may prescribe mild painkillers, however over the counter pain relievers, such as Advil, will suffice. In fact, the numbing tumescent fluid will last several hours after the procedure. For the fastest recovery, it’s best to return to daily activities the next day (such as walking) to assist in your body’s natural healing process. However, avoid intense exercise for 6 weeks after the procedure. Recovery time is faster with water liposuction because the skin reacts with a progressive tightening that further contours the new body core. This phenomenon is caused by the vibrating cannula against the dermis that triggers healing signals to recruit collagen ­producing cells. Patients must clean the incisions made during surgery at least once a day to avoid infection. You will continue seeing improvements and better contouring up to 12 months after the surgery. Recovery may vary from person to person.

What is the price of Liposuction Pittsburgh?

We often hear “how much does lipo cost?” Custom Acoustic and Water Liposuction are very affordable. However depending on the areas treated and type of anesthesia used cost may vary. We recommend that patients get a free personalized consultation in order to discuss options associated with liposuction and its cost to see if it’s right for you.

Check out before and after pics on the internet, then check out the abs many of today’s celebrities are sporting at 40, 50, and beyond. You’ll see a lot of similarities, and looking for the Infinity sign is one of the best ways to recognize a well performed tummy-tuck. Interested? Call us today for a free, confidential consultation. The Advanced Liposuction Center  (724) 683-7581. 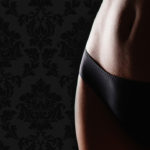 ARE YOU LOOKING FOR THE TOP LIPOSUCTION COMPANY IN PITTSBURGH? 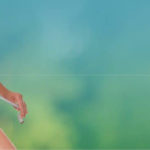 Pittsburgh Liposuction is an enormously popular procedure, and with good reason. It’s approach is direct and effective